In the latest episode of 15 Minutes With The Doctor, Vinay is joined by Enric, the co-founder of LactApp. The app is driven by a complex and well-designed “navigation system” populated with 76 000 questioning paths to provide more than 3000 unique answers using AI. In this special article for Once Daily, they both discuss plans for future growth and the broader impact of supporting women with breastfeeding.

…So lots of plans for growth in the future. Where would you like to see the app in five years?

We’re working in three main areas of development. Technology is one of our major focuses. We have to build scalable tech that’s able to be embedded in third parties. Using an application programming interface (API), we believe that our core expertise, core focus, and core knowledge will be somehow embedded, or other parts will be connected to that decision tree powered by AI. This is one area of development that we see happening.

The other one is with the big health providers, subsidising and somehow reimbursing the use of the app. So we’re thinking about the NHS. We’re thinking about big, national health institutions at the country level. So we think that’s one way to go. So basically, market access and our research proves the impact of the app, in terms of economic savings and economic impact, besides the health outcomes.

We do have other developments in mind, in the early stages of being developed, like wearables and some things that we see happening in the future.

It’s interesting that you talk about the economic benefits, and we’ve not really talked about this today…the benefits of breastfeeding etc. But, there’s obviously so many wider benefits of supporting women with breastfeeding, both in terms of wellbeing and the healthcare economy.

Yeah. It’s very surprising when you start researching deep into the problem. There’s so much evidence about what it would mean to have better breastfeeding rates globally and how that’s associated with better health outcomes, how that’s associated with less cancer, less sudden infant death. There’s diabetes, there’s obesity, there’s many of these things that we’re using so much resource for and trying to put an end to.

Basically, what we’re getting wrong is that healthcare institutions are focusing on the benefits and trying to ‘convince’ women to breastfeed. But the thing is, women already want to breastfeed. The problem is that they’re not getting this support system that’s enabling them to do so. 94% of all women that have a baby, want to breastfeed.

They’re dropping out and not being able to do so very early on after leaving the hospital or managing for two to three months. So the stopping rates are quite high, and this is certainly a public health issue. Our approach is to just build that support system. It’s not about telling women what they need to do, it’s about supporting them in what they want to do, and that’s what LactApp is trying to build.

“We’ve been lucky enough to have support from mothers. The women in our community are extremely helpful and passionate about the app, and they hang out with each other. And that’s the way we’ve grown so far in every single country that we’re present.”

15 Minutes With The Doctor Podcast: The breastfeeding app answering over 100k queries a week with Enric from LactApp

A dollar for your sweat? Getting paid to work out! 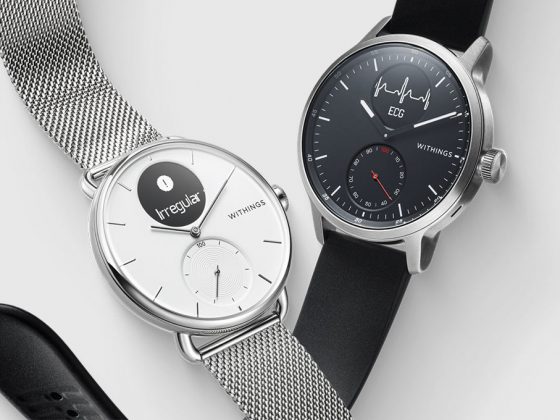 A scanner, for your health & not the office: Withings ScanWatch

Join our network of founders, healthcare professionals, investors and
many others with access to our community only content.


Your privacy is important to us. We hate SPAM and promise to keep your email address safe. By clicking Sign up, you are agreeing to our terms of use.

Your privacy is important to us. We hate SPAM and promise to keep your email address safe. By clicking Sign up, you are agreeing to our terms of use.